This search form uses an instant search feature. As you type, search results will appear automatically below the search field. When you've entered you desired search terms use tab to navigate through the available results and hit enter to open the selected page or document.
EDIT MAIN

This is a collection of links and resources found on the internet. Much of the information on this page is from the following website: http://score.rims.k12.ca.us/score_lessons/special_events/constitution_day/

We the people of the United States, in order to form a more perfect union, establish justice, insure domestic tranquility, provide for the common defense, promote the general welfare, and secure the blessings of liberty to ourselves and our posterity, do ordain and establish this Constitution for the United States of America.
Preamble

It will be a great day to renew our commitment to democracy by reciting the Preamble and participating in patriotic activities such as wearing red, white and blue, singing the national anthem, and learning about the history and ideals of the Constitution itself. These resources are designed to support schools in creating a meaningful learning experience for students.

The Constitution is housed at the National Archives and is viewed by visitors from all over the world. Nothing is like seeing this awe-inspiring document in person, but you may see and print large-size photocopies of each page of the Constitution and the Bill of Rights online at Charters of Freedom.

The Constitutional Convention was a closed meeting and the discussions were not made public or reported in the newspaper. No official minutes were made of the debates and discussions held during the meeting, but JaThis entertaining video takes us step by step through the document that forms the basis of the United States government. Students will learn about the ideals of the American Constitutional government, the theory of "We, the people," and the concepts laid out in the Preamble. Also shown is how the Constitution empowers the government to fulfill its responsibilities, while at the same time limiting and sharing those powers.
my Madison made personal notes. These notes are what historians use in analyzing what happened at this fateful meeting. You may read the transcribed notes for yourself at http://www.NHCCS.org/Mnotes.html. Access by date from a calendar showing the days the convention held meetings.

The National Archives has developed and posted some excellent resources to commemorate Constitution Day in the classroom.

One of the most interesting of the National Archives resources is 39 Signers, There is biographical information on each of the signers of the Constitution. In all, 55 delegates attended the Constitutional Convention sessions, but only 39 actually signed the Constitution. The delegates ranged in age from Jonathan Dayton, aged 26, to Benjamin Franklin, aged 81, who was so infirm that he had to be carried to sessions in a sedan chair.

In addition to the National Archives, there are many other websites with excellent information about the writing and ratification of the U.S. Constitution. The Constitution Society site http://www.constitution.org/ is a rich resource with essays and links to primary sources from political philosophers, key concepts in the Constitution, and even images of the 55 Constitutional Convention delegates and other Founders.

Our Constitution: The Document that Gave Birth to a Nation, 24 minutes
Utilizing the spectacular backdrop of the events which surrounded the "We the People 200" celebration in Philadelphia 1987, this program simply, clearly and with dramatic flair, examines and explains the historical significance of the Constitution, its structure and function, and its present-day meaning and importance.

Ssssshhhh! We're Writing the Constitution! 31 minutes
This title from the Jean Fritz Collection of historic books for young people is illustrated by Tomie dePaola. Jean Fritz introduces elementary and middle school students to the delegates at the 1787 summer convention in Philadelphia. Benjamin Franklin, George Washington, James Madison, and many others traveled there to draft a plan that would unify their states while preserving their sovereignty. Part of the Weston Woods Series.

The Painless Guide to the U.S. Constitution, 21 minutes
This entertaining video takes us step by step through the document that forms the basis of the United States government. Students will learn about the ideals of the American Constitutional government, the theory of "We, the people," and the concepts laid out in the Preamble. Also shown is how the Constitution empowers the government to fulfill its responsibilities, while at the same time limiting and sharing those powers.

Constitution Game
http://www.archives.gov/education/lessons/constitution-day/game.html
This one-class period activity is often used in National Archive Training. Participants describe how the members of the Constitutional Convention might have felt as they gathered and began the arduous and memorable task of writing the United States Constitution.

The First Amendment: What's Fair in a Free Country
http://edsitement.neh.gov/view_lesson_plan.asp?id=339
Young people have a profound sense of the importance of fairness. "It's not fair" is often used as a one-size-fits-all argument when a child feels victimized. Almost every day difficult issues arise related to our right to free speech and our responsibility to avoid harming someone.

Class Constitution
http://www.congresslink.org/print_lp_classconstitution.htm
Students will analyze the basic components and concepts of the United States Constitution and then create a "Class Constitution" to be used to maintain discipline and order throughout the school year. Students will use cooperative learning structures and civil discourse to resolve the differences that may arise. The Constitution will then be "ratified" by the parents.

The Preamble to the Constitution: How Do You Make a More Perfect

Teaching the Constitution Lesson Plan
http://www.usconstitution.net/constteach.html
Has lesson and activity ideas for all grade levels - organized by subject and grade level. It also includes resource information.

ConstitutionFacts.com Resource Site
http://www.constitutionfacts.com/
Resource site includes lots of information for learning about the Constitution for all ages.

Roadmap to the Constitution Resource Site
http://library.thinkquest.org/11572/This site is dedicated to providing students of all kinds with knowledge of the United States Constitution and Bill of Rights.
Grade Level(s): 3-5, 6-8

The Constitution Resource Site
http://www.law.emory.edu/FEDERAL/usconst.html
The entire text of the Constitution organized by article and amendment for all ages.

THE BIRTH OF THE CONSTITUTION, VHS or DVD, about 25 minutes, the Peanuts gang goes to Philadephia, PA, to learn about the U.S. Constitution, Borrow from Roberta

OUR CONSTITUTION: THE DOCUMENT THAT GAVE BIRTH TO A NATION, 24 minutes, download from United Streaming http://streaming.discoveryeducation.com/
Blackline masters and Teacher's Guide also available 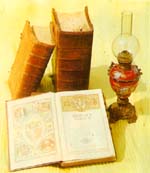 War Making: Executive and Legislative Powers
http://www.constitutioncenter.org/education/ForEducators/LessonPlans/FederalPowers/5496.shtml
Students will discuss the respective roles and responsibilities of the executive and legislative branches in making war?

Respecting Freedom of Speech
http://www.constitutioncenter.org/education/ForEducators/LessonPlans/FirstAmendment/5490.shtml
Students consider five controversial instances of “free speech” and participate in a discussion that attempts to draw the distinction between private versus government action regarding speech; rights of the speakers and rights of the listener; and right to free speech and responsibility to act or speak with respect.

Investigating the Departments of the Executive Branch
http://nytimes.com/learning/teachers/lessons/20040726monday.html
Students learn about the role of bureaucracy in the United States government; they then examine the history, leadership, organization, and goals of executive agencies.

Valuable Lessons
Examining the Role of Civil Liberties in the American Value System
http://www.nytimes.com/learning/teachers/lessons/20011119monday.html?searchpv=learning_lessons
20011119monday.html?searchpv=learning_lessons
Students explore how immigration, citizenship, due process of law, and the freedoms of speech and assembly have shaped American values throughout American history.

Constitution Quiz
http://www.NHCCS.org/quiz.htm
Here are 15 questions about the Constitution from the New Hampshire Center for Constitutional Studies

The Constitution
http://www.gilderlehrman.org/teachers/module2/index.html
Here is a rich resource of primary and secondary documents related to the constitution organized around big quotations by Gilder Lehrman.